Jadyn: Feeling comfortable in my own skin 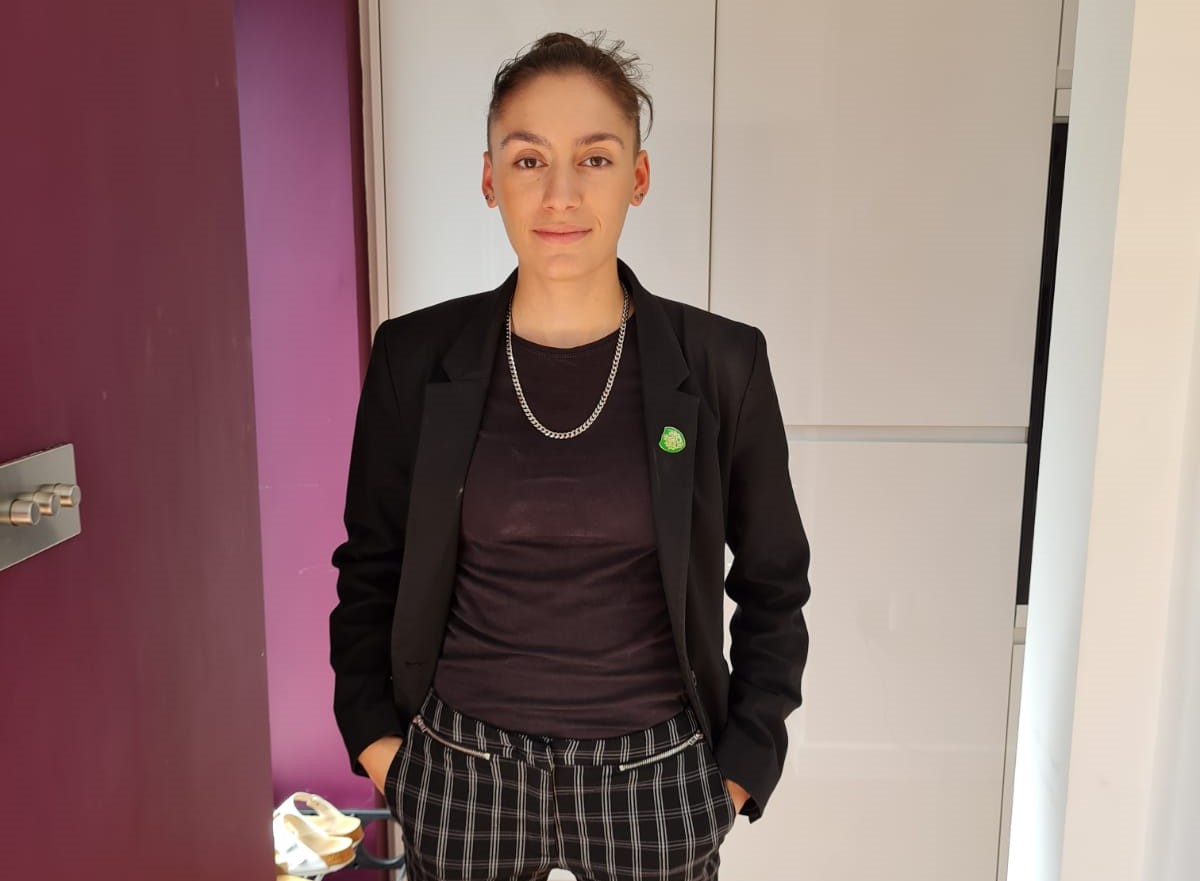 Growing up I’ve always been interested in sports. I did karate and I played football. I’ve never really liked the stereotypical girly clothes, preferring leggings, joggers, t-shirts and shorts.  My mum decided that if she was going to buy me football shirts and ‘boys’ clothes then those should be in my best colours. For my 11th birthday she paid for a colour analysis consultation.

I discovered I was a jewel winter which meant the colours that suited me were cool, bright and deep with high contrast. I was lucky that these were the colours that I already liked and wore, which is one of the advantages of discovering your colours early. There’s relatively little outside or peer influence.

When I was 12/13 years old, I start to question my sexuality and realised I liked girls as well as boys. I came out to a couple of friends but was still unsure. I supressed most of these feelings and it was when I started studying for my GCSE’s and had to cope with exam stress that these old feelings rose to the surface.

It was then that I accepted I was bisexual and told my friendship group. They were all supportive and everything carried on as normal. It took me a bit longer to tell my mum. In fact it was on our way back from football practice when she asked me a few pointed questions that I told her I had a girlfriend. But I think she had already guessed. My dad’s only comment was ‘thank goodness; you won’t get pregnant at 16.’

When I progressed to 6th form, I was able to express who I was through my clothes. The dress code was smart business all the time, and this is where knowing my colours really helped. I shopped for outfits that I knew were in my colours and experimented a little bit with my style choices.

Lockdown meant I was able to dress the way I felt comfortable all the time. I realised that I preferred shopping in the men’s departments because the clothes felt a lot more ME. I also preferred the ‘masculine’ cut of the clothes. Although I had worn a dress to my year 11 prom, and a couple of times in Year 12, I was uncomfortable and did not feel like myself.

Jadyn’s mum is consultant Annabelle Antao-Bithrey who has helped her daughter on her journey.

“When Jadyn told us she had a girlfriend we could see the relief in her eyes. She walked a little straighter and had more confidence in her step. Her father and I had always suspected she was either gay or bi-sexual, so it came as no surprise when she finally told us.

Having her colours analysed when she was 11 made it easier for me when buying clothes. When she reached 6th form and was able make her own clothes choices, there was a definite change.

I could see that she was finally free to dress the way she wanted to and in the past year she has really come into her own.  Her style is becoming more refined and she has no qualms about shopping and buying clothes that suit her, regardless of what department they are from.

She is now a more self-assured young woman who is comfortable in herself. I am proud to be her mum to see where life takes her.”