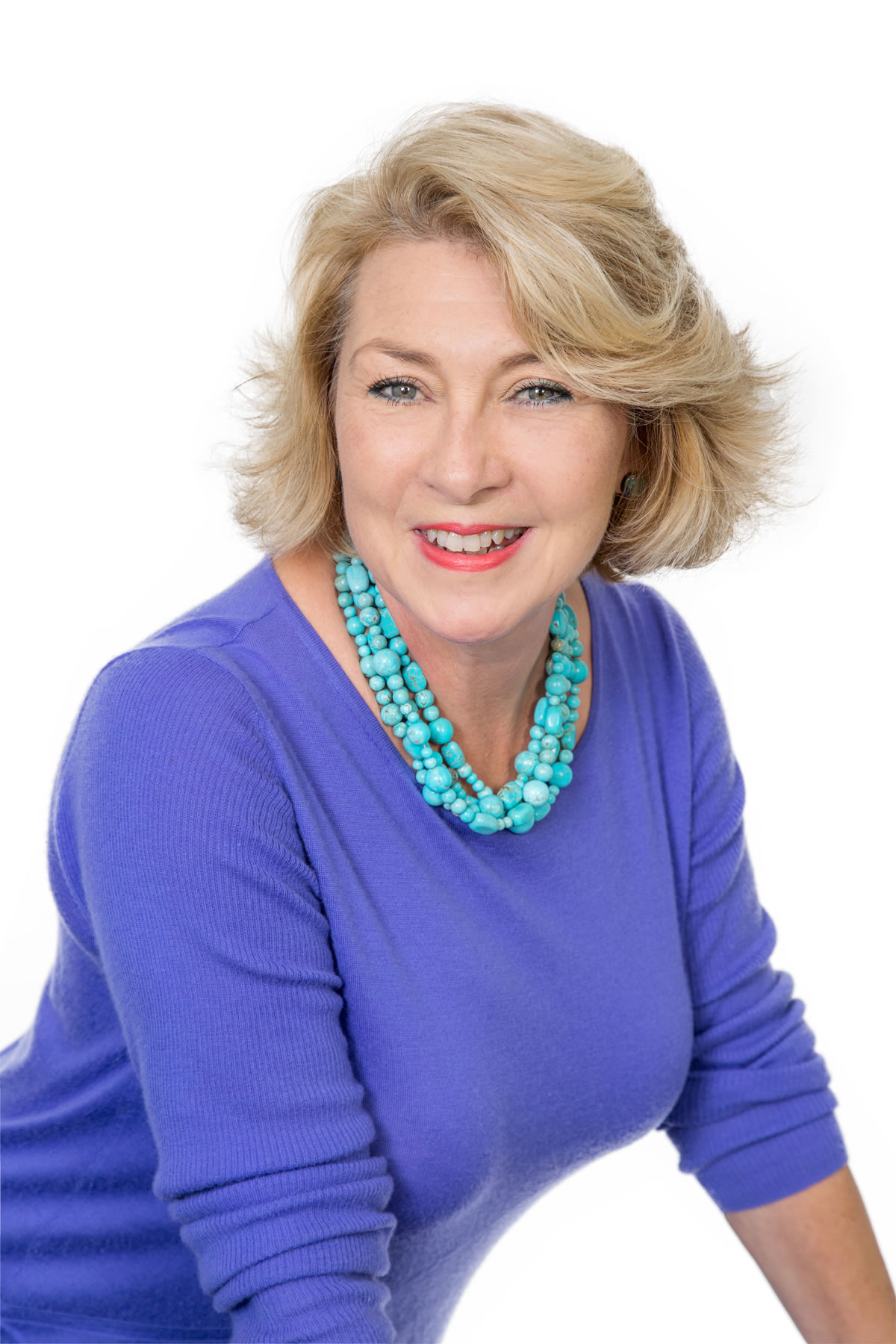 I have three children. They’re all boys. With my third one there is an 11 year gap. I was very ill when I was pregnant with him and went into post-natal depression. This was a huge shock to my system because I’ve always been very self-motivated.  So to have that completely stopped me in my tracks, absolutely floored me. I couldn’t get out of bed in the morning.  Didn’t know which way up I was or anything.  It was a life-changing experience.  It was actually a tremendous gift because I realised the world went on without me. Coming out of that, my parents lived in Australia.  My mother sent me a cheque for £100.  She said, ‘Go shopping darling.  Dump the baby and go and have a day’.

So I dumped the baby with a friend and went to a shopping mall. I had this extraordinary experience of not knowing what I was looking at.  None of this was relevant to me.  I had no idea where it came from.  I just couldn’t relate to the clothes in the shops at all.  And so I went home.  I hadn’t spent my £100.  At least that was fine, I collected the baby. The friend who had him said, ‘Maybe you should spend it on having your Colours done?’, I said, ‘What is that?’,  she said that she’d had it done and had had a really good time and why didn’t I go?  And I did.

An hour that made all the difference
I was in absolute shock during the session.  I’d always believed I was a winter.  I was very clear about that.  Then I discovered something different.  She said I was a spring and I came out with this orange lipstick on.  I felt like Mick Jagger.  All I could think about were my lips. I didn’t burst into tears. I went into tears internally.  I was very, very wobbly.  I left stage left, very, very quickly. Running down the road with my hand over my face thinking, I can’t do this. I can’t do this!

I suppose I had seen it but I didn’t want to accept it. That’s what the shock was about.  There was something going on in my eyes and something going on in my emotion. I could no more have gone, well what I saw was wrong, or it wasn’t true, or I don’t believe the woman that did it.  So once that emotion faded away, I went okay I will try this.  It’s that part of me that likes an adventure, exploring and taking action.  Also, Colour had always been very important to me. I’ve always loved colour. I relate to it in lots of powerful ways.

Building confidence and putting black in its place
I decided I would throw everything out.  I didn’t have any money at that time.  So it was all charity shop clothes anyway.  So that was fine.  I got rid of them all.  I remember keeping my black Levi jeans, thinking well I obviously want to come back to those. So I put them in a separate bin liner at the bottom of the wardrobe. Once I’d got going on I discovered that people did make very positive comments.  It was very interesting.  I can remember getting the black jeans out a couple of months later, putting them on and thinking, Oh, why would you want to look like that?

Gradually my self-confidence grew.  It worked.  It worked in a very powerful way in my own life. I received the compliments I was given and they did change me on the inside.  I began to believe what people were telling me.  I was able to take my space in the world.  It was a very, very powerful thing.

From Mick Jagger to MD
Helen was so impressed by the experience of being a client she become a Stylist.  Within four years she’d joined the company’s training team, supporting other House of Colour franchisees to build their own businesses.  Two years after that she became Franchisee Director, recruiting new image consultants and watching them fly, professionally and personally. They go through our training which takes their own experience of being a client to a completely new level.  And they’re empowered by that. They go on to be very positive, powerful people.

In 2012 Helen become our Managing Director – just ten years after her bewildering visit to the shops.  The memory of that time shapes her approach.  It’s why she loves training House of Colour Image Consultants; to watch them grow in confidence.   We’re all in this business because we absolutely love seeing the potential of who people are when they’re ‘unlocked’.  Seeing men and women have the penny drop and understand who they can be and how to get there.

It’s extraordinary what happens when you begin to accept compliments as objective information.  It changes what’s on the inside and that’s why we say we’re unlocking the potential of human confidence. That’s what it is. It transforms people.  It sets them free.

CTA: If you’d like a chat about becoming a personal stylist with House of Colour, just pick up the phone and give me a call today on 01923 211 188

Or drop me a line, my email is Helen.Venables@houseofcolourhq.com

I’m looking forward to it.